Ultrasound scanners are essential medical equipment that allows doctors to conduct more informed diagnosis and less invasive surgery compared to traditional methods. It allows for precise operation and vivid visualization that enables medical practitioners and staff to deliver good news to expecting parents or diagnose if a tumor is hidden in the form of a lump. It can also provide very helpful guiding information during biopsies.

The need for handheld ultrasound machines in healthcare?

Traditional ultrasound machines are big, bulky, and ridiculously expensive. A test can put you back hundreds of dollars and since the machine isn’t portable it doesn’t have widespread use at the grassroots level. However, the wireless handheld ultrasound machines from SonoHealth is a revolutionary innovation that the healthcare industry desperately needs. The handheld ultrasound probe has stellar performance and brings new levels of convenience at a remarkably low price. 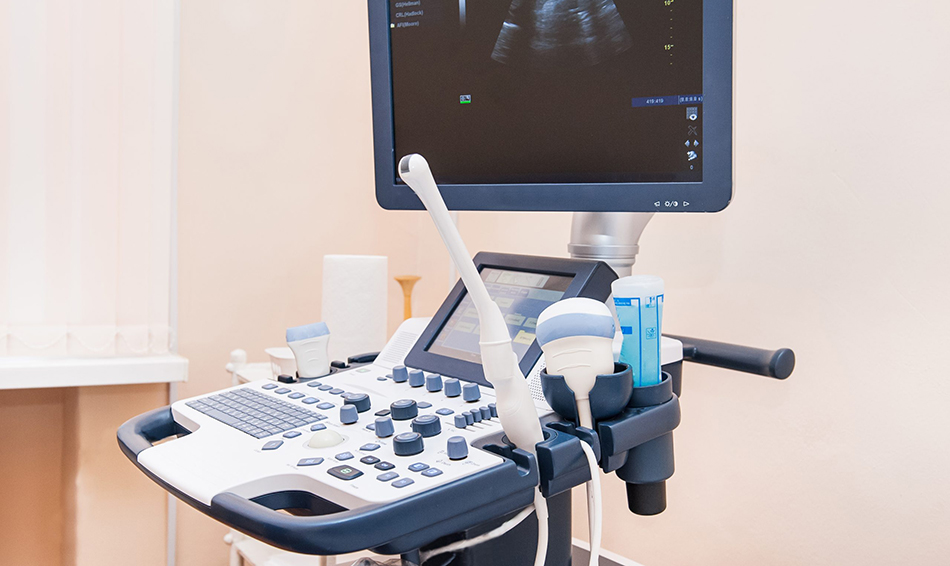 Due to the limitations of traditional ultrasound scanners, a significant fraction of diagnosis and treatment is done through the medical practitioner’s experience. Patients may need to compromise on precision during surgical procedures and diagnosis. The problem is more severe in clinics and smaller medical institutions with lesser might. Here are the two major hurdles preventing the widespread adoption of ultrasound scanners:

At present, most ultrasound imaging equipment used in hospitals and other facilities are large and bulky. They can weigh anywhere from a few kilograms to a couple hundred. Hence, they need large open spaces and aren’t mobile. Even when they have wheels, it isn’t easy to transport the limited number of machines from one department to another.

This forces small clinics to stick to one machine and imposes restrictions when multiple doctors or patients need the equipment. Wait time is increased and patients may be exposed to risks of misdiagnosis. The problem doesn’t get a significant fix at large hospitals. The higher traffic of patients and need for the scanners in various departments further complicates the problem.

The high cost of traditional ultrasound imaging equipment doesn’t help either. Depending on its capability, a new machine may cost anywhere from $20,000 to $200,000. If an institution decides to buy refurbished models, they can save somewhere from hundreds to thousands of dollars. However, that doesn’t help much. The ridiculous price of the machines, the high cost of running and training medical staff to use the device add up and get passed down to the patient. No wonder ultrasound scans break the bank and shave away hundreds of dollars from the patient.

The expensive price tag also makes patients shy away from the scan. Hence, it isn’t possible for widespread adoption, especially in low-budget medical units like ambulances and a rough judgment needs to be made during critical times.

The need for handheld ultrasound scanners in various departments of medical institutions, clinics, and low budget medical units is quite evident. This demand has invited various companies, both home-grown and abroad to join the ranks of development. With innovations in technology and investment in research, the scanners have been reducing in size. From tall and chunky machines that roll on wheels, to portable notebooks and palm-sized handheld ultrasound devices.

Among them, a game-changing breakthrough has been brought forward by the latest piece of innovation from SonoHealth in the form of a wireless handheld ultrasound probe scanner. The minimized probe has all the features of a high-tech large ultrasound scanner without any of its disadvantages. It is so small that it fits in your pocket and can be carried by doctors. The ultrasound visual inspection device provides everyone an easy way of getting detailed inspections for improved healthcare.

SonoHealth has a new handheld ultrasound double probe that has multiple functions and liberalizes ultrasound scanning. It is so lightweight, compact, and inexpensive that it can even be availed by regular households and domestic imaging can become a reality.

The handheld ultrasound scanner is equipped with both convex and linear probes. It has an advanced design where the convex probe adopts the phased array working mode. It emits sound waves from the middle that get diffused and emitted from both the left and right. Thus, you get three functions from a single probe and it allows you to conduct cardiac examinations as well.

Another great advantage of the SonoHealth handheld ultrasound scanner is its compatibility with modern internet communication devices such as smartphones, tablets, and computers. There is no need for a dedicated display that costs extra money. You can connect the device to your phone and turn it into an intelligent terminal to conduct a remote diagnosis. For traditional ultrasound scanners, this is infeasible since it requires a complicated network of wires to pull off the same thing.

The scanner is also highly flexible since you don’t need a standardized screen size to use it. The settings and resolution can be adjusted effortlessly when you connect to a small 6-inch smartphone or a computer with a large 24-inch monitor. Moreover, you aren’t limited by different operating systems either. The wireless handheld ultrasound probe can connect to various devices and is compatible with popular operating systems like Windows, Android, iOS. Even if you don’t have a phone with you, this scanner has a built-in touch screen display that lets you do clinical diagnosis with excellent image clarity.

Due to its small size, budget-friendly price, immense portability, and flexible design, the SonoHealth handheld ultrasound scanner is an unprecedented breakthrough desperately needed by the healthcare industry. It can bring down the cost of diagnosis drastically while improving accuracy at the same time. Apart from that, it can also be bought by regular homes for better family planning. With penetration into clinics and low-budget medical units like ambulances, the device has the potential to reduce medical accidents and disputes by a great degree.